Tracy Nicolette is serving the world some serious fierceness with her EP, Dark Thrills. Tracy’s voice is so smooth and sincere. Easy to say that she can compete with the best in the game; she is not just another pretty face.

A track that really stands out on Dark Thrills is ‘Love Me When It’s Over.’ This song is truly one for the ladies. The song tells the story of being with a man who didn’t appreciate you when he had you, but realized it once you were out of the door. So many women can tell that story of being with someone who did not appreciate them until it was too late.

In a great contrast to her other songs, Tracy Nicolette gave her listeners something fun and upbeat! In ‘Favorite Lover’ there is a sweet melody, hard beat, guitar solo, and real lyrics! By the end of it, you will find yourself singing along to this amazingly produced song.

Dark Thrills is a real gem. It is not very often that you come across a talented young lady like Tracy Nicolette. This EP is a great one and can be put on repeat time and time again.

Listen to Dark Thrills and try to pick your favorite song. 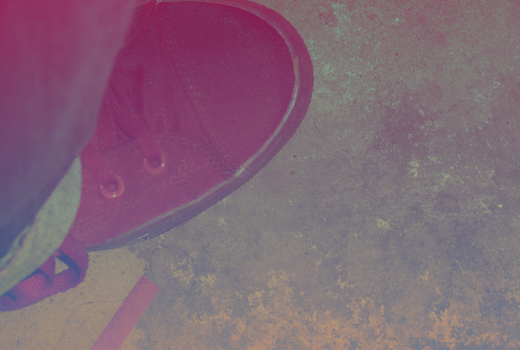 Straight out of Lawrenceville comes DNick with a style that he has never tried before. DNick’s following may be used to hearing him rap, but not sing. In his new single, Erase, his fans can hear him step into the realm of singing on this track.

‘Erase’ was produced by Drunken Killah, creating a very interesting concept with this track. It is definitely worth a listen. The beat is mellow and the singing is very unique.

Check the record below. 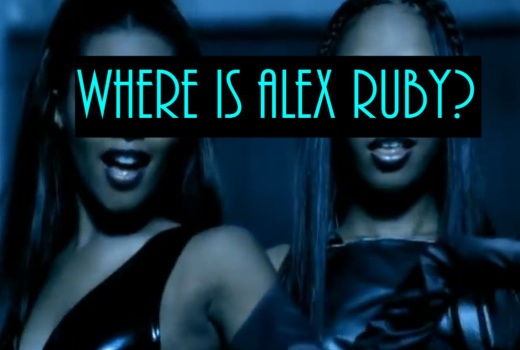 New York native Alex Ruby has reinvented the way we think about enjoyable music. With the surprise release of his new EP, Where Is Alex Ruby?, he gives us the opportunity to create our own music as we vibe to his creations.

This whole EP is nothing but one hot instrumental after another. Listeners are used to hearing music with lyrics about money, cars, clothes and girls. This time around you are free to think about whatever you please. How many artists give you that opportunity?

In the opening track, Alex has this really hot instrumental called, “Broke.” This is definitely a head banger. Even though there aren’t many words, the sound bite from the late Joan Rivers is absolutely stunning. Her immortal words speak about going through highs and lows in life, and how that’s alright.

Another mind blowing instrumental on this EP is, “Epilepsy.” The beat may sound very familiar, because it is. This mix of Kanye West’s ‘Flashing Lights’ is brilliant. The chopped and screwed feeling gives the song brand new life. Very creative.

To close out this one of a kind EP, Alex Ruby gives us something fun and upbeat to rock to. The title of the track is, “Pajama Jammy Jam.” Nothing can get any better than the title of that song. It seems as if Alex has gone missing until the release of his next project, Ruby Summer. Where is he?

If you don’t believe the power of instrumentals, listen for yourself below. 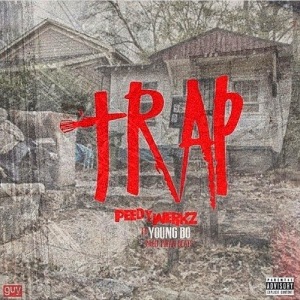 SKFTNG’S Peedy Werkz gives us a solid collaboration with Stunna Gang’s Young Bo in his latest release, “Trap.” The two come together to give us a record truly for the streets.

This record exhibits true street music, but can be much appreciated and enjoyed by anyone–whether you rep the streets or not.

There is more on the way from Peedy. The video for “Trap” is coming soon, as well as the release of his upcoming mixtape, Skinny Fat Nigga. 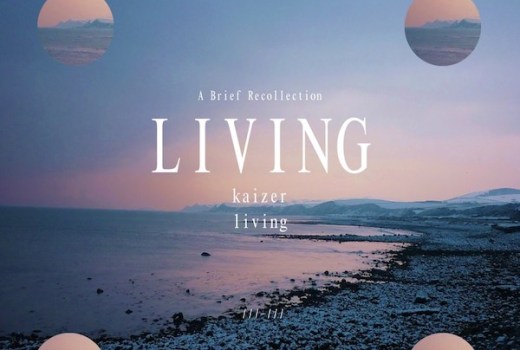 [Have You Heard] Kaizer – ‘Living’ 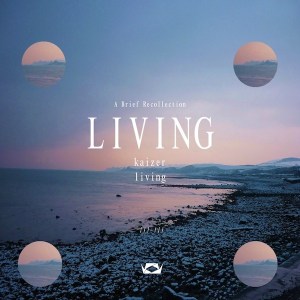 Atlanta rapper Kaizer is making his mark in the local indie hip-hop scene with an innovative and progressive sound. With the notion of trap music and similar sounds around the city, it is at times refreshing to hear an innovator such as Kaizer.

Kaizer showcases his eclectic approach with his latest release, “Living,” a song he describes as a “futuristic banger with introspective lyrics.” We couldn’t have said it better ourselves.

Kaizer infuses his lyrical talent and creativity with the beautiful sound of a captivating sample of R&B beauty Aaliyah.

Words can describe the record, but this is truly a record you have to experience. Do so below.

YourFavoritePeople rapper Pablo Geez is back with new music as he drops his first single and visual, entitled “Wrist Watch,” off of his upcoming EP, Hi Neighbor.

Pablo has a knack for catchy hooks and a consistency of interesting flow delivery (as seen in his previous release, “Park My Whip”). In this record, produced by EVK, we hear no different. We hear true Pablo Geez artistry, setting a perfect stage for Hi Neighbor.

The visual, directed by Winter Frazier and Quincy Brooks, is a simple piece that exhibits a cool mood that contrasts the red-hue appearance.

[Have You Heard] Saki – ‘Christ Conscious’

One thing you have to respect about rapper Saki and his NBDMG crew is their consistency and craft, and Saki delivers with his new release, “Christ Conscious.”

In this record, Saki lays his own creativity and flow over the Joey Bada$$ original, with the help of NBD’s in house producer Drunken Killah who reproduced the record.

We hear great promise for the musical future of the 20-year-old rapper, with lyricism, vocal maturity and an effortless, yet solid flow.

Listen to the “microphone slayer” below.

With the release of his new freestyle, “Live From The 9 (Full Freestyle),” we take a step outside of the Georgia borders to indulge in the artistry of Kansas City rapper Negro Suave–an indie artist who works diligently to expand his indie voice across the nation.

Negro Suave says he grew up around music. His older cousins were curators of music, specifically rap, and always had him around during their studio sessions. He says that is what inspired him to being rapping himself.

You may have heard of Negro Suave from his feature on Atlanta Veezy of NBDMG last year, of whom he says “put him on game” to the music scene in our creative city.

He credits Houston rappers UGK, Chamillionaire, and Lil Flip as his musical inspirations, which can be heard throughout his portfolio of songs. He also notes Wiz Khalifa and Three 6 Mafia as big influences as well.

In a day of mediocre music and similar sounds, Negro Suave says he exhibits an uniquely different approach to his music through lyrical content and beats.

“My music isn’t hardcore or just talking about killing somebody,” Suave said. “It’s just something you can smoke, turn up to or just chill.”

Suave has always delivered cool vibes within his records that inspire a creative atmosphere that can be much appreciated.

The rapper is not just making music to set the vibe for your next smoke session or kickback. Negro Suave wants his listeners really feel his music and the attitude behind the lyrics.

He says this is important to him, because “Nobody believed in me coming up [and] I had to prove to people I can stand on my own.”

With his new freestyle out, Negro Suave says we can expect more visuals and singles from him and notes that 2015 will be a year for even bigger things.

Check out his new release, below.

Gwinnett rap collective, G6NG G9NG, released an EP called Super Smash Bros that has been building momentum in the streets.

Jo3eph and KxRoc worked with some talented producers to come up with this project. They have three singles that they have been pushing hard. “Super Smash Bros,” “Lend Me One,” and “Trillionaire” are three tracks that have the streets buzzing!

Many great producers have worked on this project like DeeMoney, King Raph, Drum Majors and even KxRoc. It is always nice to see artists like KxRoc that are not only artists, but can put their talents towards producing as well.

Every single track off of this project is a hot one! Make sure you take the time to listen and appreciate every single song they have to offer!

Atlanta native, Skygod Spence, has released the second single off of his upcoming project, Kame House.

“Southside Bout It” features YL KU$HH, and is all about Atlanta running the rap game. With references to Waka Flocka being the first to do it, you can tell that this song is rich with Atlanta pride. Big Swole produced this track that pays so much respect to the city of Atlanta. So many people can relate to this song and rep where they are from! North, South, East and West side.

In the spring of 2015, Skygod Spence is scheduled to release his project, Kame House. Keep an eye out for that. Until then, listen to this new single!